Backup rings are made of a relatively hard material. They are installed in the gland between an O-ring (or an X-ring) and the low-pressure side of the seal to prevent the O-ring from being forced into the extrusion gap.

Backup rings are commonly used when an application operates under pressures exceeding 1,500 psig, or when components are designed with a relatively large extrusion gap through the gland. Backup rings enable slightly lower machining tolerances and increase the seal performance and seal life.

CTG supplies backup rings in different styles, including solid rings, split rings, and double (spiral) rings. We manufacture backup rings in any size, and in your choice of material.

When a mechanical system operates under mild conditions, an O-ring (or X-ring) in the system is compressed against the low-pressure side of its O-ring groove (gland) to form a seal. As temperature or pressure increases, the O-ring deforms increasingly out of round; and, if the temperature or pressure becomes sufficiently high, the O-ring starts to extrude into the tolerance gap between the two gland components. After this process of extrusion begins, the O-ring quickly erodes, and the seal might then fail. 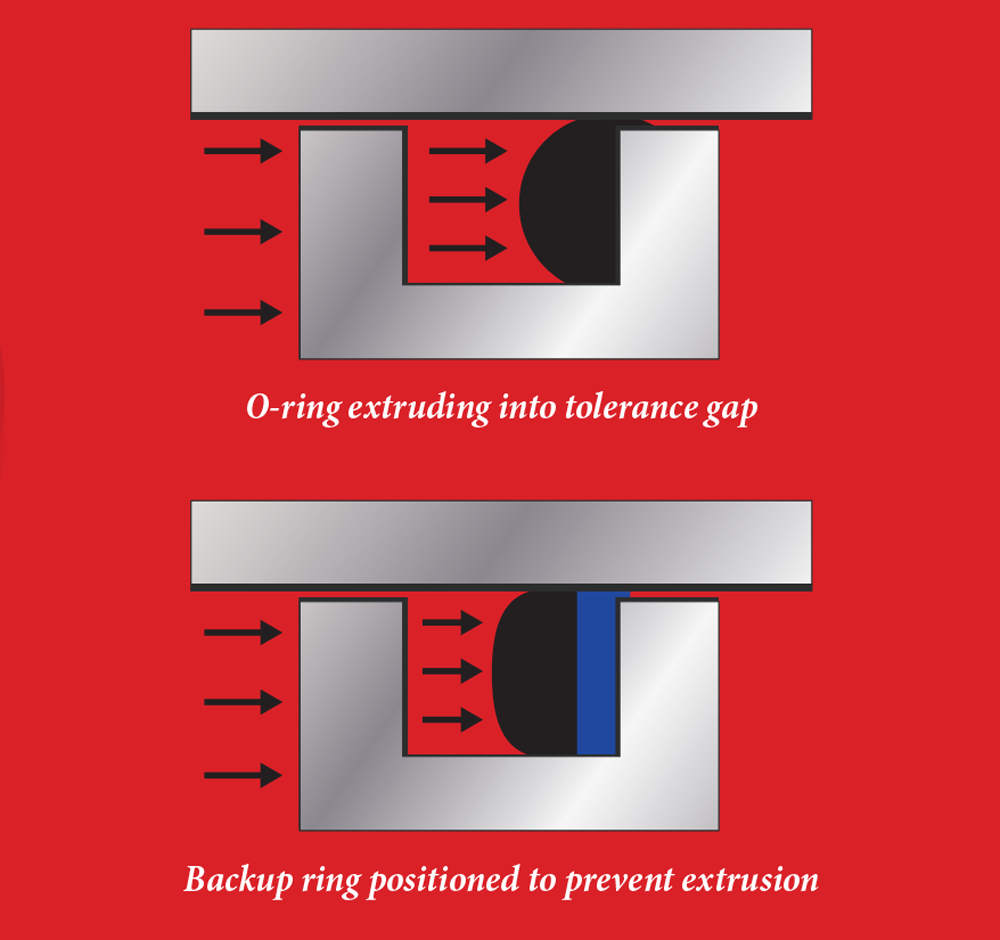 The following table details the materials that are commonly used to construct backup rings. However, backup rings can be made of any reasonably rigid material. Just let us know the dimensions of the backup ring that you need and the material, and then we will have your backup rings ready within a day

*Temperature ranges given here are approximate; the values relevant to any particular situation depend upon the application. If in doubt, ask us—we will help you design an

O-ring energized seal to meet the temperature tolerance needs of your system.